So your patio still looks good but it's leaking?

...And you don’t want to pay ten’s of thousands to rip it up and replace it just to get access to your failed membrane!

You are joining thousands of other people all over the world who agree it does not make sense to rip up perfectly good tiles to reach a failed waterproofing membrane. So don’t!

Remedial Membranes, Clear Waterproofing Membrane is a two-part aliphatic polyurethane similar to the membrane installed below your tiles. Except it's clear, flexible, able to be walked on and exposed to the sun. 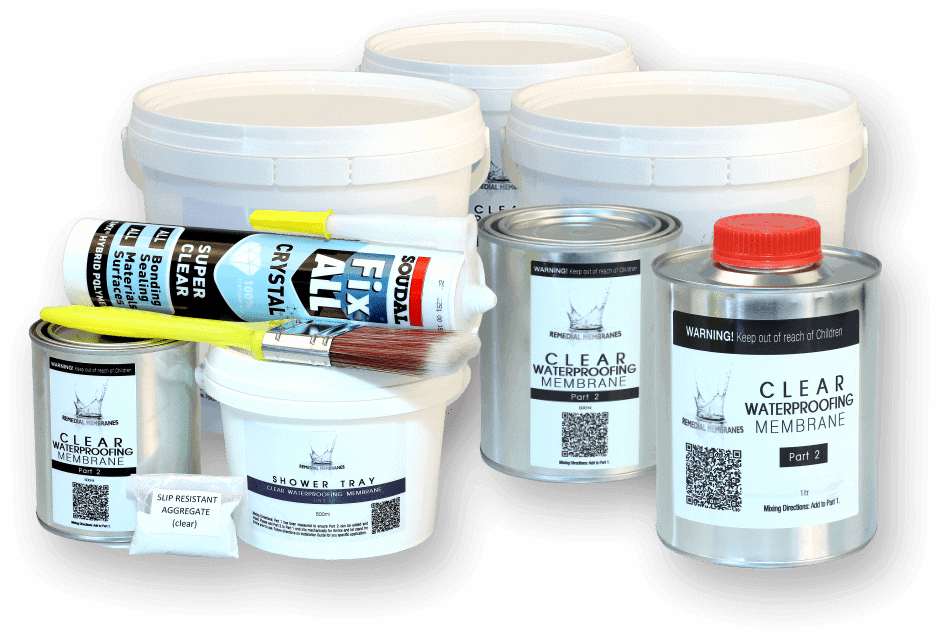 Clear Waterproofing Membrane is applied on top of the affected area to provide a transparent waterproof membrane so it does not change the look of your original area whilst making it water tight.

Being flexible to cater for additional movement over time, protecting your home. And it's specifically designed for internal and external wet areas! The membrane comes in Gloss as standard or Satin & Matte.

So you know the membrane will work but you're wondering if you can install it? Here is some extra help. 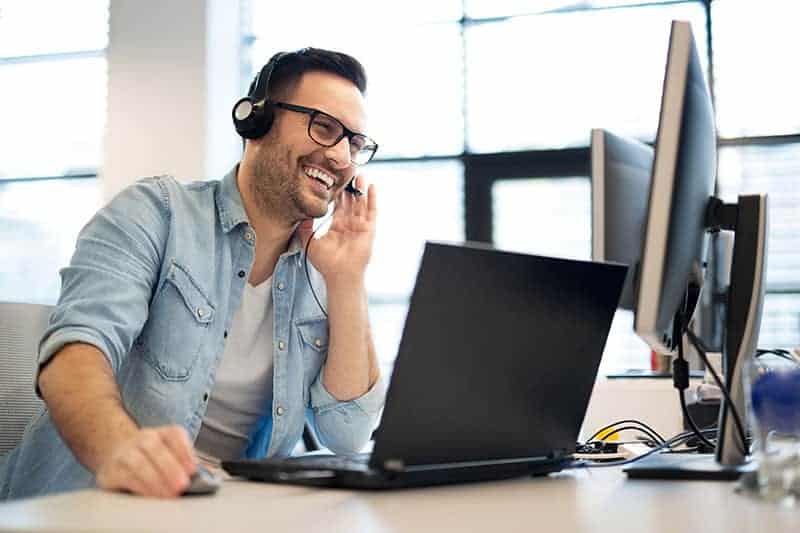 Send in images of your project and we will provide you specific product ordering and installation advice for before, during and after your DIY installation. 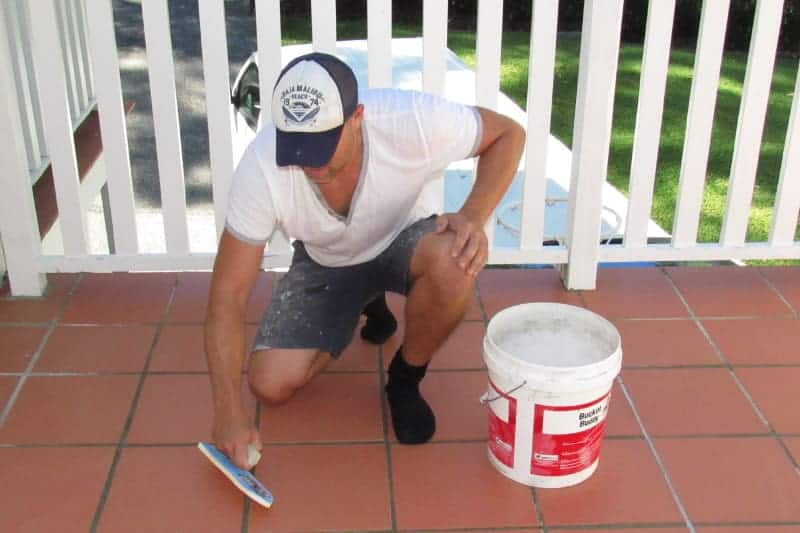 Don’t want to install it yourself? No problem! Contact our Accredited Installers and get a quote. Or get your contractor to get trained and install it for you. 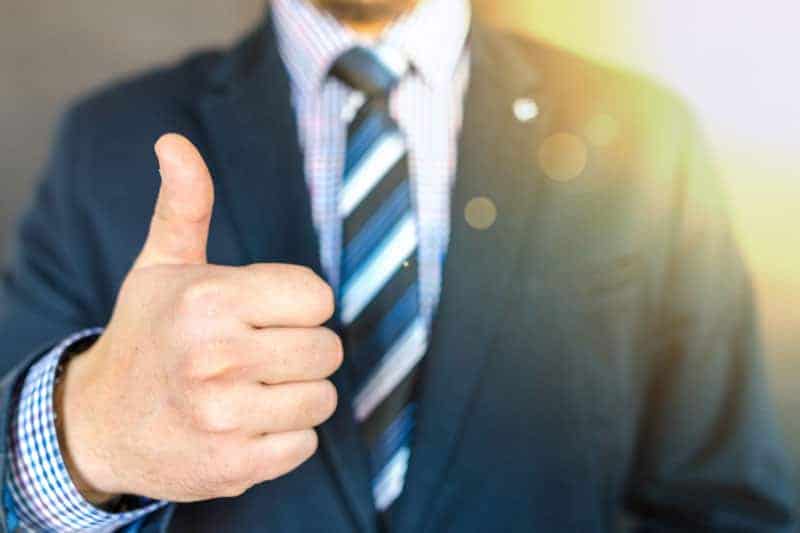 Worried that it’s a great product but it just won’t work for you? Remedial Membranes Money Back Guarantee means you don’t have to! 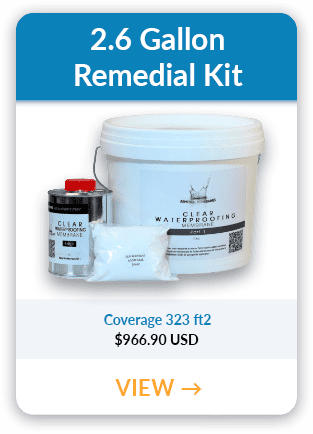 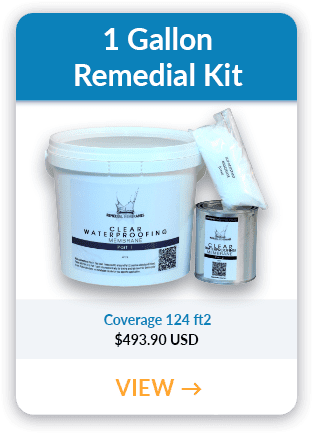 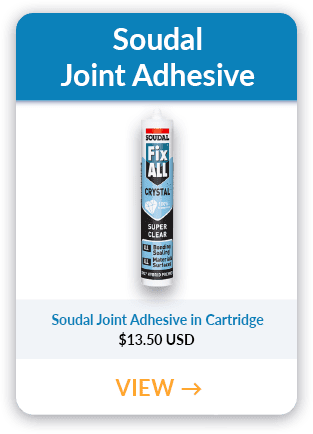 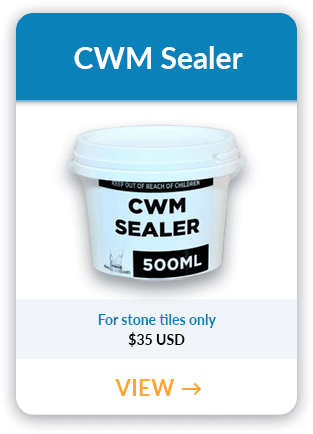 Send in images of your project and we will provide you specific product ordering and installation advice for before, during and after your DIY installation.

Don’t want to install it yourself? No problem! Contact our Accredited Installers and get a quote. Or get your contractor to get trained and install it for you.

Worried that it’s a great product but it just won’t work for you? Remedial Membranes Money Back Guarantee means you don’t have to! 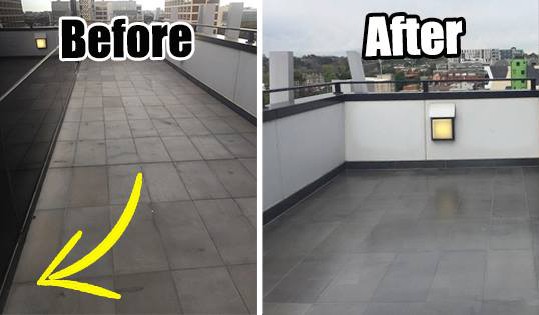 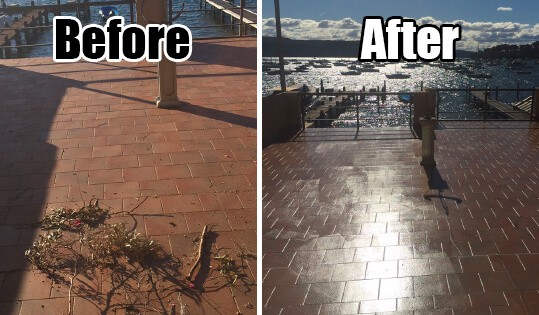 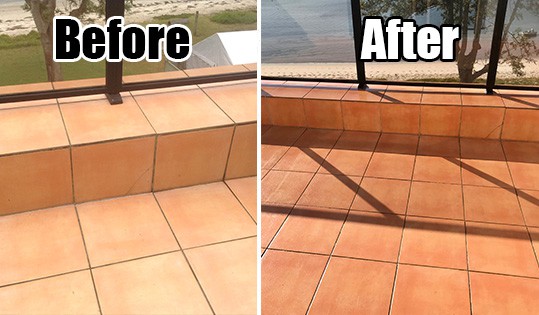 What People Are Saying
About Remedial Membranes 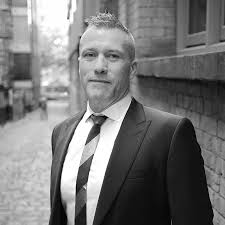 “We have a large tiled deck that was leaking into the carport below as the membrane below the tiles had failed. Remedial membranes were able to waterproof the deck without removing the tiles. This was a great benefit for us as the tiles are no longer available and to re-tile would have meant either unnecessary retiling of other areas that were undercover or having 2 different finishes. Sean did a fantastic job of cleaning and preparing the old tiles and grout and was very thorough applying the new membrane. We are pleased to say that even after the torrential rain we have received this winter the deck is not leaking and the structure below is dry.” 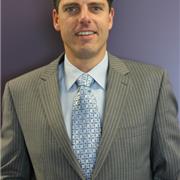 “Thank you so much for all your work, support and advice regarding the water leaking & efflorescence issues we faced in our apartment block in Mornington. I just reflected on our project which started with potentially having to replace 500 sqm of tiles on our level 4 terrace at a very significant cost to us.

Instead of replacing the tiles, we luckily found Remedial Membranes and you were able to offer a solution which decreased the cost for this project by a whopping 75%. The clear membrane looks terrific and has 100% stopped the water leak issues from the terrace.” 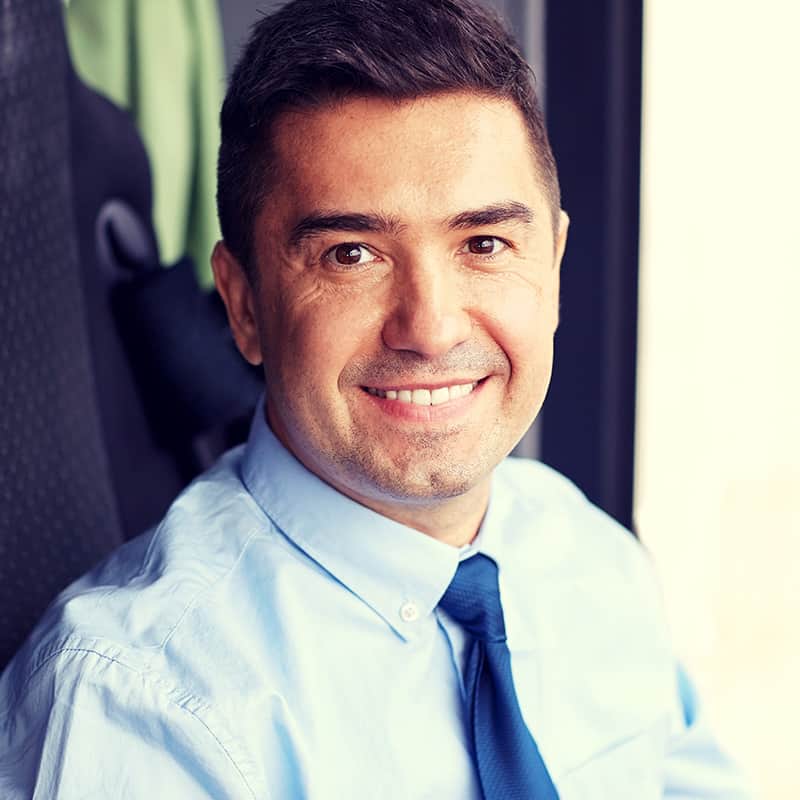 “My shower was leaking and I wanted to repair it myself. So I purchased the kit and watched the video and installed the membrane. I had a few questions through the process so I took a picture and text them through to the helpdesk and received an immediate call back.”

Why do leaky patios occur?

Most leaks occur due to movement in the substrate, as the waterproofing membranes are directly fixed when cracks appear the membrane does not have enough flexibility and the membrane fails. As the membrane is in the middle of the construction configuration it is impossible to access it for repair. Ongoing movement is expected in the substrate especially on a timber frame so the only way to repair a leaky patio is with a flexible membrane. But if you think there is even a remote possibility of the movement continuing then replacing the membrane where it is inaccessible means you will be back in the same situation again shortly.

Really the only choice is: will you install it yourself or get someone to do it for you!

Epoxy and Sealer are rigid and provide no warranty for movement which is what creates leaks. These products are not suitable to use for repair. 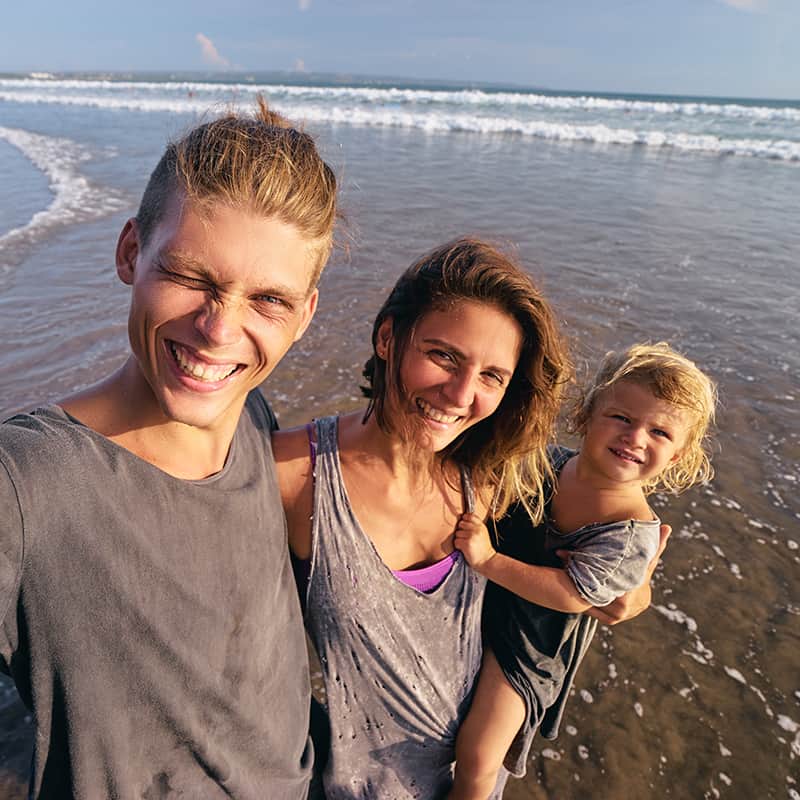 “I contacted Remedial Membranes after we sold our house but one of the conditions of the sale was the showers to be repaired. We didn’t have any spare tiles and the new owners did not want the look to change so the idea of putting a clear membrane over the surface was a perfect solution to everyone involved. The job was done in 1 morning and the sale went through. Highly recommend Remedial Membranes. Their ability to work to a deadline was fundamental for the success!”

"During building my house on the waterfront in US, we ended up with people missing waterproofing underlay on my outside patio. We had put travertine on it, which was a nice stone and gave it a great look. However, we soon realized our mistake as water started to show up in the underside ceiling.

I was first trying to figure what went amiss and after consultations with many different builders and local experts, found that we missed the underlay during the build process. I was really frustrated at this point as it was something the builders should have realized but nobody said anything. Now out on my own, option was to either redo the whole upper patio again, which meant approx another $60,000 to spend and months of mess around the house we live in, or find something that I can use to coat the surface so the area can be waterproof.

The challenge I was facing was trying to find something that could coat the travertine without losing its appearance and could last long, won't turn yellow, and is clear... I started talking to Jasmin Aleknavicius at Remedial Membranes and she helped me with multiple doubts and clarifications with a lot of patience. I was scared to place the order and skeptical still but I took the plunge after reassurance from her and bought the product.

After application, my leak issue completely resolved. I cannot be much happier after realizing I was able to achieve this because of the help from the folks at Remedial Membranes. It is such a wonderful product and I share it with all the people around me proudly now. I have had this for past one year on the main culprit area of my patio and very pleased. I am planning to now cover the remaining 2,000 sq feet with the same product. Thank you Jasmin and Remedial Membranes." 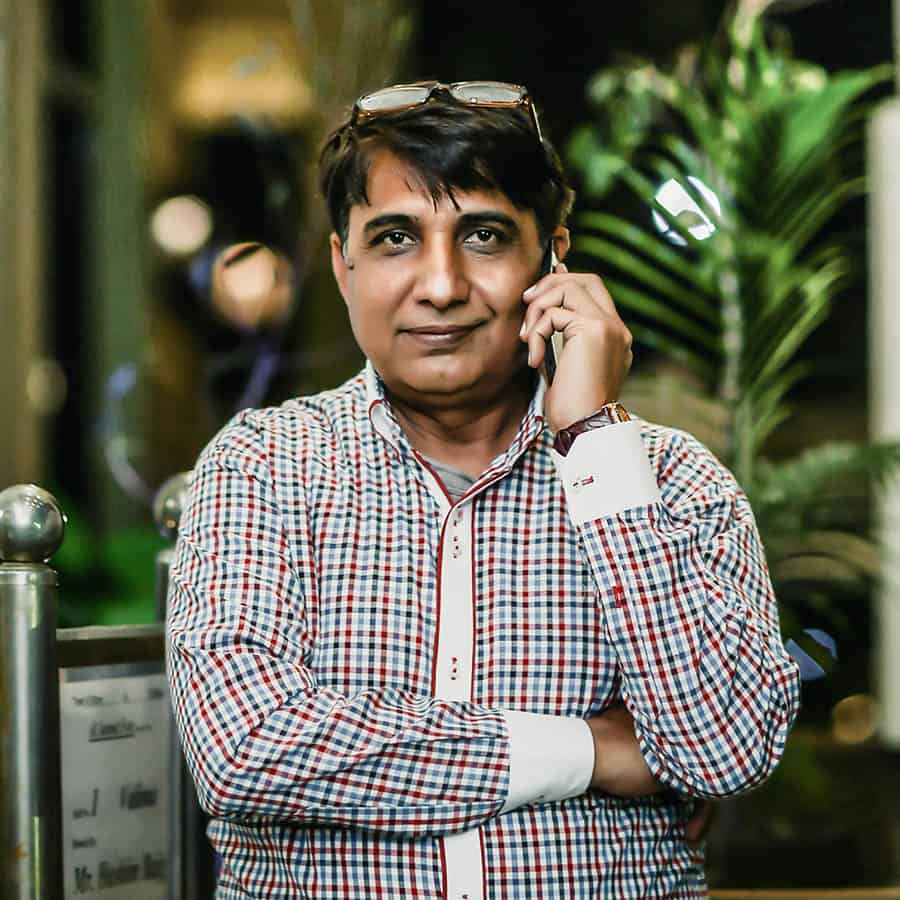 Don't Want To Install It Yourself? Hire an Accredited Remedial Membranes Installer!

Can I use it in the shower with hot water?

Yes! Once fully cured, Clear Waterproofing Membrane is engineered so it won't blush or turn white with hot water. Aesthetics will remain the same.

Is it rigid like epoxy grout? Will it crack with movement?

Nope! Clear Waterproofing Membrane is clear and flexible. It sits on top of the surface area and is guaranteed* to flex with any movement, preventing any future leaks.

How long does the entire process take?

A standard shower repair can be completed in 24 hours. A balcony repair takes 3 days on average.

I'm not a contractor. Can I do this myself?

Absolutely! We have a lot of DIYers who complete the process themselves. We offer training videos that will help you learn.

Where can I find someone to do this for me?

We have a Preferred Accredited Installer Network list right here. If you cannot find an accredited installer from your local area on the list, please contact your preferred contractor in your area and ask him to complete the online training course to become an Accredited Installer with us. 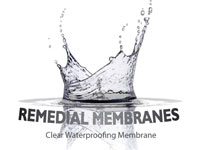 You need to purchase from our remedialmembranes.com site